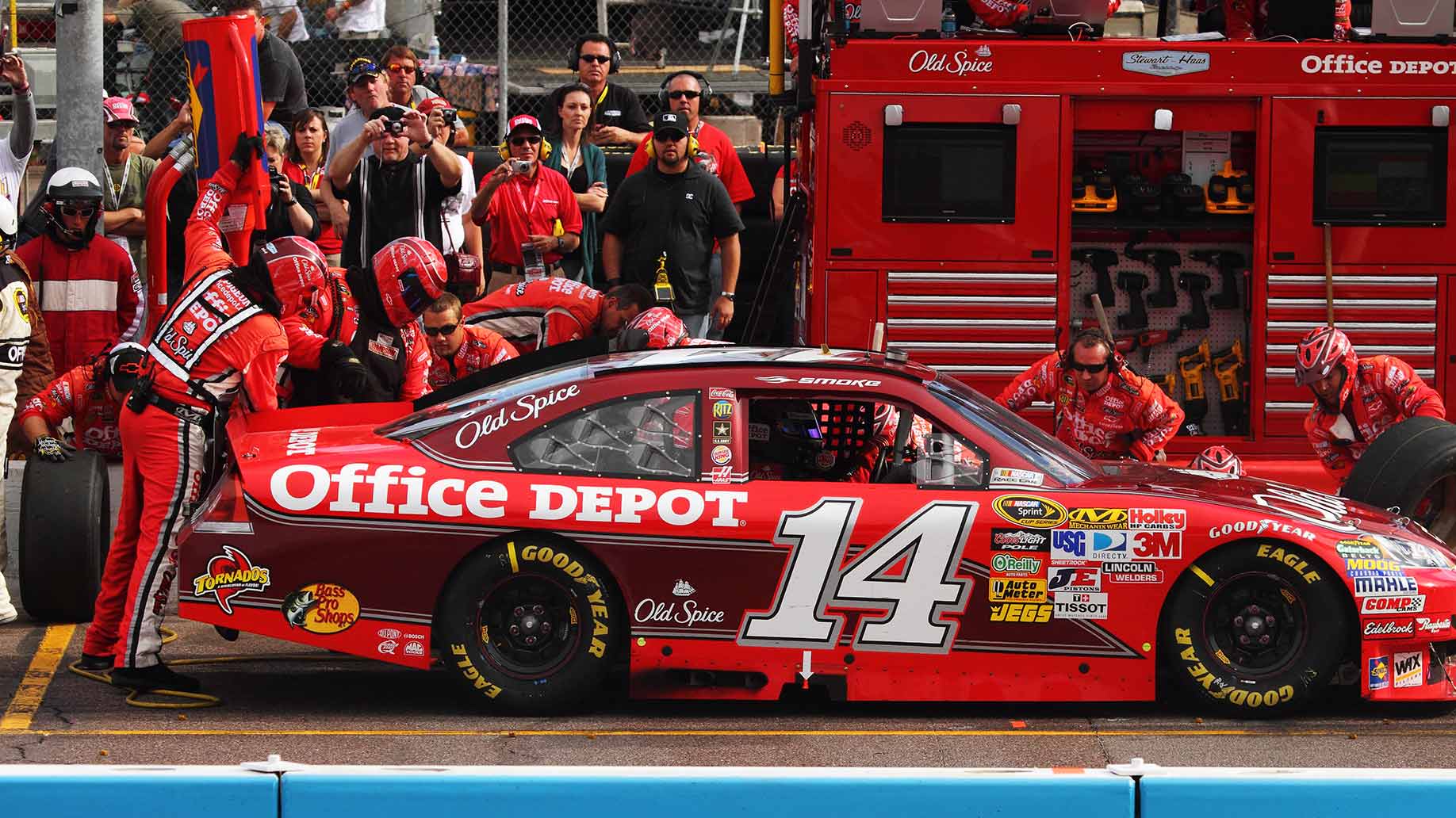 If you think owning a stable of racehorses could max anyone’s credit card, try keeping two NASCAR racers primed for battle and fueled up at the starting line. Never before has money played such a big part in the auto racing game. In fact, to most people, money is the game. Long gone are the days when the winning owner simply paid the driver and crew a stipend and used the balance as best he could to prepare his car for the next weekend race.

Keeping a Car on the Track Is Expensive

Today the expenses involved for keeping just two mid-level cars on the track is staggering. Although some big-time owners may have only two cars on the track, they usually have an average of 13 or 14 cars under construction. It makes sense, therefore, with that many cars in the garage, the owner (or owners), should have a team of skilled mechanics on the payroll to keep them ready for race day. Not only are the mechanics on the payroll but also teams that handle the purchasing, stocking, and inventory of hundreds of parts required for the cars. To take care of billing, payroll, and the myriad of other details, an administrative team is included as well as is a logistic team that arranges the racing schedules and travel for the cars, trucks, mechanics, drivers, and pit crews. Then there are the public relations people, the legal staff, the secretaries, and many others to help support the effort for putting the cars on the track. In fact, an entire mid-level racing team consists of almost 100 people.

While the costs vary from team to team they are all close approximations for just one “typical” 2-car Nextel Cup team.

If you think these figures are high, the costs for the larger, more popular teams can be double or even more.

With these astronomical expenditures NASCAR owners had to find someway to pay the bills– in other words, for someone to subsidize their teams. Unlike the old days, the prize money for winning a race is not nearly enough. What used to cost tens of thousands of dollars a year has now skyrocketed to at least $15 million/year.

Always searching for an opportunity to display their logos to American consumers, corporate American realized that with an estimated 75 million fans, NASCAR racing was the second most popular sport in the U.S. (Football is number one) Considering the impact those millions of fans could have on their bottom-line, these companies salivated over the chance to support NASCAR events. In return, however, company logos would be prominently displayed on the cars, equipment, and uniforms. In addition, drivers were obligated to mingle with the guests in the corporate tent on race day, make guest appearance at corporate functions and in advertisements, as well as speak at employee pep rallies, all under the name of “personal services.”

There are three main levels of sponsorship – Associate, Major, and Primary. The amount of financial support for a team will vary not only on the level of sponsorship agreed to but within that level to such perks as the number of driver appearances, advertising guarantees, and most importantly, where the companies logo or logos will appear on the cars. An example of the typical costs for each level and the logo placement possibilities is illustrated as follows:

The top racing teams are able to attract deep-pocket sponsors and with escalating costs many teams have found it necessary to contract with two or more sponsors at the same time.