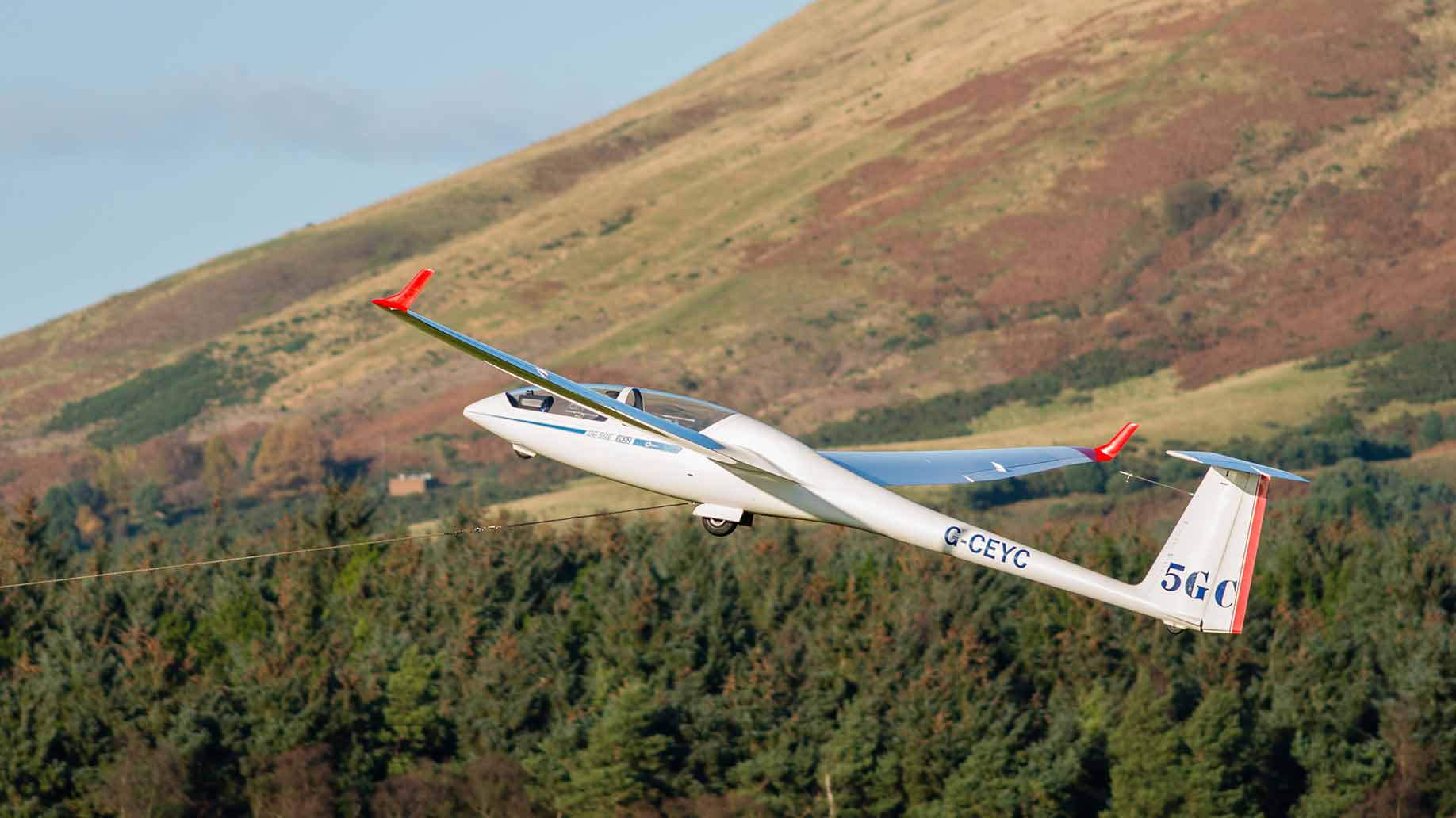 Are you a Type-A personality, one that thrives on excitement, taking risks, and pushing the envelope? If you are, then taking a ride aboard a glider plane could be just the thrill for you. Forget the teeth-rattling rollercoaster, the butt-slapping jet-ski, and the amusement park freefall ride. For a real thrill of a lifetime nothing compares to a flight in an aircraft that sweeps you through the wide-open skies at 3,000 to 5,000 feet – and, gulp, all without an engine. Except for the soothing swish of the outside air, there’s little sound as you gasp at the incredible 360-degree panoramic view. All the while your aircraft continues to sail quite smoothly on just a current of air.

The types of glider planes used for this thrill-ride have either two or three-seats. In the two-seat configuration with dual-joysticks, the pilot is in the front, the single passenger in the rear. For two-passenger seating, both sit side-by-side behind the pilot. Since glider planes are rather “cozy”, a single-passenger must not weigh more than 270 lbs and be no taller than 6ft 5in. For the 2-passenger glider planes the combined weight can be 340 lbs with each passenger being around 170 lbs and 5ft 9in in height.

Rates for a ride in a glider plane depend primarily on the amount of time aloft. Normally, this time can range from 15 minutes up to 60 minutes. The benefit of booking a longer flight is – the longer the flight, the higher in altitude the glider plane will travel. For 15 minute flights the glider plane will reach approximately 3,000 feet, half-hour flights are around 4,000 to 5,000, and “height of best lift” are reserved for flights over a half-hour. As you soar in wide circles above terra firma another thrill awaits you. For single-passenger glider planes only, when you reach an altitude of 2,000 feet or more, the controls are yours. For a brief period you can actually take over the joy stick and fly the glider plane.

Some companies have an even more thrilling alternative that’s reserved only for the real brave-hearted aficionados of glider plane flying – a flight in a single-passenger glider plane specifically designed for aerobatic maneuvers. For these flights the passenger cannot weight more than 220 lbs and can be no taller than 6 ft 1in. You know you’re in for something special when you’re strapped into your seat with a 5-point harness, and you’re told to hang on tight for the ride of your life. After being released by the tow-plane between four and five-thousand feet, the pilot will begin 7 to 10 minutes of unbelievable maneuvers. These will include flying upside down, 2G wing-overs, loop-d-loops, drawing clover leafs, and flying straight up vertically into a hammer-head stall, then into a vertical dive – straight down. So you can relive this experience time and time again, an audio/ video recorder is aboard to capture your every contorted expression and scream.

To take lessons for a private glider plane license, a person has to be at least 14 years old and no prior experience is necessary. For actually receiving a license, however, the student must be at least 16 years of age. Another requirement for getting a license is documented proof showing 2-hours of solo time in glider planes, including 10 solo flights. Flight time is usually up to one hour but does vary from person to person. After a student goes solo, they practice on their own and with an instructor to prepare them for the final exam. And finally, the student must pass a written and flight exam given by the FAA. No medical certificate is required.