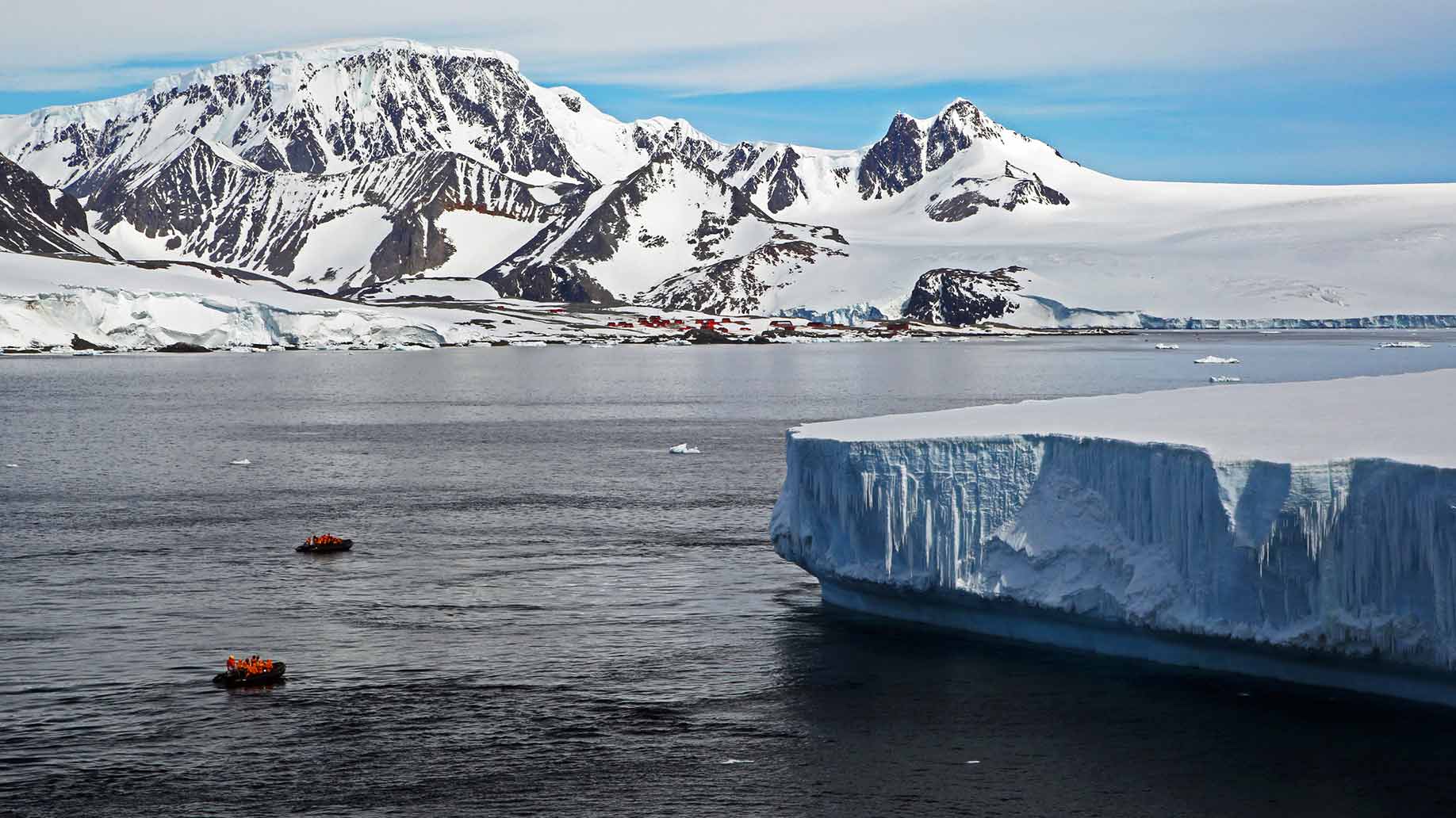 Antarctica is a popular tourist destination. Dozens of cruise ships sail there from November to March, when the sun never sets. Tourists pay tens of thousands of dollars for the trip, mostly to see penguins and icebergs. However, if you really want to experience adventure travel to the world’s coldest continent, you need to head 700 miles further south from the coast—to the South Pole.

The first explorers to reach the South Pole were Roald Amundsen’s Norwegian party, arriving on December 14, 1911. A British expedition, led by Robert Scott arrived one month later, although Scott and his four companions all perished from starvation and cold during their return trip. The Amundsen-Scott South Pole Station was established in 1956-57 for scientific research, and has been staffed ever since by researchers and support personnel. During the austral summer, from November to March, about 250 scientists live at the station. That number drops to between 50 and 60 when the winter season descends, with its constant darkness and extreme temperatures.

With the box office success of “March of the Penguins” and “Happy Feet,” and the growing popularity of adventure tourism, the fragile ecosystems in the Antarctic are coming under attack. “Penguin tourism” has skyrocketed in recent years, bringing thousands of tourists to a land once thought to be unapproachable. Environmental impacts are already visible: noticeable footpaths have appeared in formerly pristine areas, slow-growing moss beds have been damaged, penguin colonies have been disrupted, and over-eager tourists have been known to illegally walk off with historic or geological “souvenirs.” Some cruise ships or tourist vessels practice careless or improper waste disposal, and the increased ship traffic has resulted in accidents with potentially catastrophic environmental consequences, and expensive repairs.

More recent notable trips to the pole, some more admirable than others, include:

Trips to the South Pole take advantage of the five austral summer months, November to March, when the sun never sets.

There are special entry forms and permits required to enter Antarctica, but no passport or visa is needed since no single government owns the continent. The entry permits are often arranged for you by your guide service or travel agent.

You will, however, need a passport for your travels in South America. If you are an American citizen, no visa is required, but a $100 “reciprocity fee” will be charged upon your arrival in Chile.

Your flight from the United States will take you through Santiago, Chile and then farther south to Punta Arenas. If all goes well, flying time should be around 24 hours. All prices are approximate:

What Will It Cost You?

The first commercial flights landed at the South Pole in the 1960s, and since 1987, Adventure Network International has been flying scientists, explorers, film crews, and the occasional wealthy private citizen to the pole from their base camp in the Patriot Hills. However, 2008 marks the first year that tourists will be able to book flights to the South Pole. Under a great deal of international scrutiny and criticism, a British travel company is currently scheduling tourist trips for December 2008. The trips will be 6-hour flights to the pole from Patriot Hills, and passengers will be allowed to get out and walk around for 4 hours, if weather permits. There will be only four flights, 11 people per flight. Cost: $36,000 per person

Costs cover most expenses once you arrive in Punta Arenas, Chile (i.e., flights to and from Antarctica, guide services, meals and lodging in Antarctica, etc.).